Bare-throated, Tigrisoma Mexicanum it’s scientific name, Tigrisoma derives from the Greek and means “tiger’s body” in relation to the plumage of the species; Mexicanum for Mexico. The tiger heron is autochthonous to Central America, very common in the Tárcoles area, Costa Rica.
It’s a primitive-looking heron, large but with short legs, that inhabits mangroves and freshwater wetlands in tropical lowlands usually found in wooded sites, but also in open wetland lagoons. It has a yellow and bare throat in all plumages (not always seen) and greenish legs. The adult has gray cheeks, finely barred plumage, and rusty brown thighs. The immature shows a blackish finely barred lines resembling to a Bengali’s Tiger (hence the name of Garza Tigre translated to Spanish).
It measures 85 cm approximately. Weighing 1.2 kg, it prefers more open habitats and larger bodies of water than other Tigrisomas, such as large river banks, estuaries and lake edges, ponds, swamps & mangroves.

Due the aerial root systems of the mangrove forest Tiger Heron stands motionless for long periods at the water’s edge, waiting to surprise its prey including, fish, frogs, crabs, baby crocodiles and much more

Located in Costa Rica in both slopes up to 1100 meters.

They are usually solitary even in reproductive times when males face each other with their feathers raised making loud noises. Its nest consists of a rather small and solidly constructed platform of sticks, usually lined with leaves and often high up in a tree. They generally nest solitary. They lay 2 or 3 eggs of opaque white color dyed green, without spots or with some brown freckles. It reproduces practically throughout the year, with a peak at the beginning of the rainy season.

National Parks where can also be found. 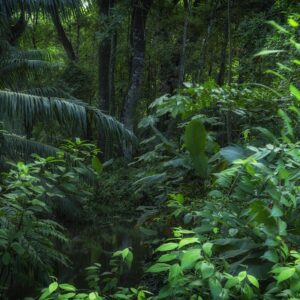 Nice to meet you, friend! My name is Andrew Shade. I am from Denver. Photography is my passion. Through the lens the world looks different and I would like to show you this difference.

My contacts and socialsHow to find me